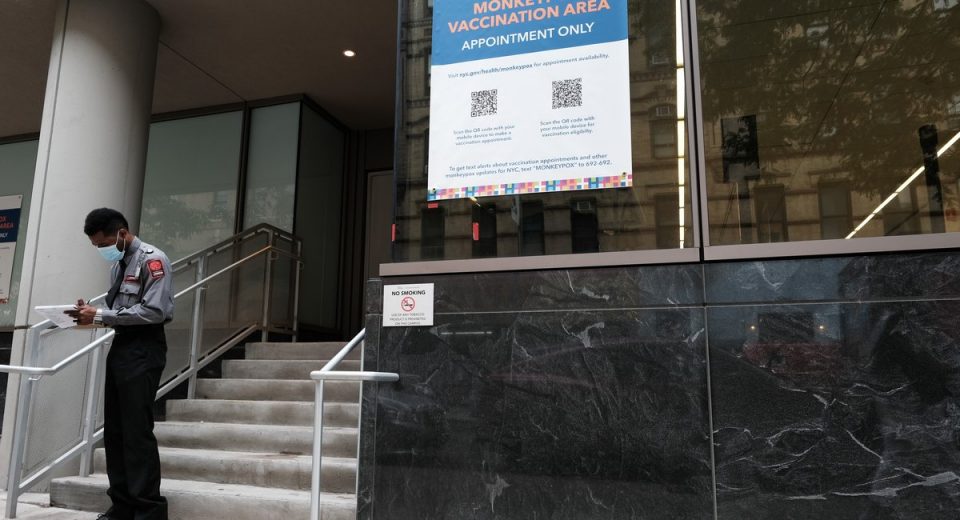 Most monkeypox cases have occurred in the LGBTQ community – specifically among gay and bisexual men, but the virus is not exclusive to the gay community.

A similar rallying cry came from doctors and other lawmakers earlier this month. Medical providers in New York have called on the Biden administration to remove barriers to the antiviral to monkeypox known as Tpoxx, which aims to stop the virus from progressing once a person has already been infected – versus other vaccines typically used as a preventative measure.

“I asked if I could have Tpoxx and my doctor said, ‘No your symptoms aren’t severe enough,’” said Brian Fotino, a social worker from Hell’s Kitchen, who contracted monkeypox two weeks after getting vaccinated in Canada at a time when appointments weren’t available in New York.

“That [Tpoxx] could have potentially kept me out of isolation quicker, would have reduced the pain I was experiencing, and would have made me less contagious,” Fotino said.

The federal government declared the monkeypox outbreak a national health emergency earlier this month, but did not grant emergency use authorizations for treatments like Tpoxx and vaccines like they did for COVID-19.

Schumer helped secure 110,000 doses of the monkeypox vaccine for New York last month, but critics said the rollout has been too slow and appointments have been difficult to secure. In a response to the rally outside his office, Schumer said, “I look forward to meeting with on-the-ground health professionals and activists to further our collaboration.”

As of Friday, there have been 2,130 cases of monkeypox in New York City, which was declared the nation’s epicenter for the virus earlier this year. The New York City Department of Health said that 9,000 more vaccine appointments would be made available on the morning of Saturday, August 13th. Another 3,000 appointments were being made available for direct referrals from “trusted community partners and healthcare facilities.”

But with the number of cases continuing to rise., advocates said they want to see all forms of treatments available.

“I don’t want anyone to have to go through what I went through,” Fotino said.

A day after NYC launches push to crack down on covered plates, NYPD officers flout the rule