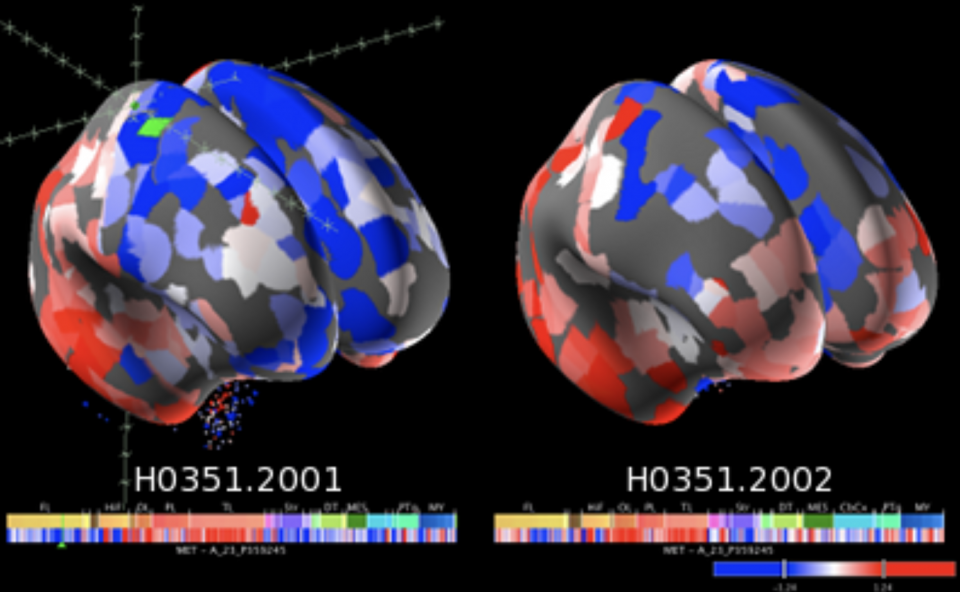 Seattle’s Allen Institute will spearhead a project to create an atlas of the cells in the human brain as part of $173 million in new funding from the U.S. National Institutes of Health awarded to the institute and its collaborators.

The five-year project, announced Thursday, builds on the Allen Institute’s previous endeavors mapping the location, identity and function of cells in the brain. The institute earlier released an atlas of cells in the mouse brain and recently contributed to a recent major project comparing a brain region involved in movement between humans, mice and monkeys.

The new endeavor will extend such analyses to the entire brain of humans, macaques and marmosets.

“We are trying to define the cell types and map their spatial organization locally in tissue sections and globally across the brain,” project coordinator and Allen senior investigator Ed Lein told GeekWire. Collaborators will include researchers at 17 institutions in the U.S., Europe and Japan, which will receive some of the funding.

Researchers will isolate representative cells from regions across the brain and analyze them using single-cell RNA sequencing, which detects which genes are active and provides a readout of cell identity.

Scientists will also connect the cell maps to brain function using MRI imaging. Such imaging can identify regions of the brain that become active in response to different stimuli. These experiments will be performed in non-human primates and possibly humans, if researchers can line up hospice volunteers who are willing to be imaged and then donate brain tissue after death.

In smaller studies, scientists will also use a method called patch-sequencing, which integrates data about cell electrophysiology, anatomy and gene activity in living brain slices.

The output will include a cell type reference set with standardized names; a spatial map of sections of the brain with cell types pinned to them; and a way to integrate the information three-dimensionally across datasets, said Lein. The project is aimed at understanding common features people share, using data from a few individuals.

Comparing the brain structure of humans with other animals will also help researchers understand how animal research relates to human studies.

“This atlas will open new doors in neuroscience and, ultimately, in medicine as well,” said Allen Institute CEO and president Rui Costa in a statement.

The funding will also enable the Allen Institute to build on the primary mapping project with four additional related projects. Scientists will:

Jody Allen says Seahawks and Trail Blazers not for sale yet, but that time will come – GeekWire

The new world of hybrid work, and the next generation of smartphone users – GeekWire