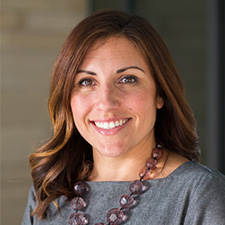 More than 1,700 affordable housing units will be built in the Seattle region thanks to money used from the city’s new payroll tax on big businesses.

Seattle councilmember Teresa Mosqueda held a press conference Thursday to announce the first group of projects funded by “JumpStart Seattle,” the controversial payroll tax that brought in $248.1 million in its first year.

Nearly $80 million of that will fund affordable housing developments in Seattle, with the money going to 17 groups that run buildings serving low-income populations and those experiencing homelessness.

JumpStart evolved out of a years-long battle between Seattle progressives and employers in the city including Amazon. Some critics said the tax would come at the cost of Seattle jobs or employers.

JumpStart taxes salaries exceeding $150,000 per year at companies with annual payroll expenses of $7 million or higher. The tax rate varies, with the largest companies paying the most.

Seattle began collecting the tax in January 2021, and the final tally of $248.1 million was significantly more than the $200 million the tax was expected to raise.

A majority of the money will fund affordable housing projects in the city, with the remaining going toward environmental and economic development projects, including workforce training and childcare. The extra $48.1 million will go toward replenishing Seattle’s reserves.

For 2022, JumpStart is expected to bring in more than $277 million, according to forecast numbers from April.

The tax is heavily reliant on just two sectors, as Information and Professional & Business Services accounted for more than 82% of JumpStart tax receipts.

Shortly after its passage, the Seattle Metropolitan Chamber of Commerce sued to stop the tax in King County Superior Court. Last month, the King County court dismissed the lawsuit, and the Court of Appeals of the state of Washington upheld the ruling. The Chamber said this week it would not appeal that ruling.

Here’s a rundown of the groups that received money from JumpStart, and the project names: