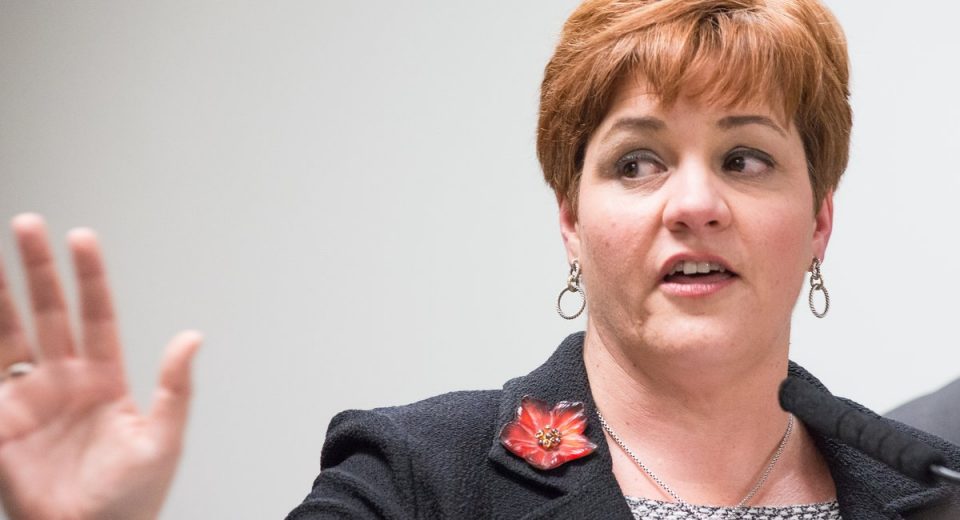 A third of homeless families living in Win shelters last month were temporarily denied opportunities to apply for permanent housing because of an “illogical” rule stating that they haven’t been living in a shelter for long enough, the city’s largest shelter provider announced on Thursday.

More than 575 homeless families living in Win shelters were temporarily prevented from applying to city-funded housing vouchers — known as CityFHEPS — because they hadn’t been living in a homeless shelter for 90 days, an “arbitrary” rule that is contributing to the strain on the city’s shelter system, said Win President Christine Quinn.

“There is no good reason for this rule,” Quinn said in an interview.

Quinn’s criticism of the Giuliani-era rule comes as the city’s already ailing shelter system is buckling amid an influx of asylum seekers from the southern border, who are being sent to New York from Republican-led states.

The city is legally required to provide shelter to anyone in need.

At Win shelters, the number of homeless families being served monthly has increased 14% since January, according to the organization, while the number of families living in shelters has grown by 11% citywide this year.

The Mayor’s Office of Immigrant Affairs estimates that some 7,300 asylum seekers have entered the city’s shelter system since April.

Removing the 90-day requirement would alleviate some of the pressure that shelters are facing, Quinn argued. She’s now pushing Mayor Eric Adams’ administration to scrap the rule altogether, which she was unsuccessful in doing under previous Mayor Bill de Blasio.

“New York City’s housing market is out of control, and while all renters are being squeezed, low-income New Yorkers are bearing the brunt of these runaway rents,” said Quinn. “More and more families are losing their homes and being forced into shelters that are already at max capacity — and the city’s arbitrary administrative rules are contributing to the crisis.”

Spokespeople for City Hall and the Department of Social Services that oversees the city’s shelter system did not immediately respond to requests for comment.

LLCs are buying up homes throughout NJ. What that means for you

How a former Microsoft researcher used AI to grow award-winning lettuce from 5,000 miles away – GeekWire

City to launch aerial assault on mosquito population this month

LLCs are buying up homes throughout NJ. What that means for you