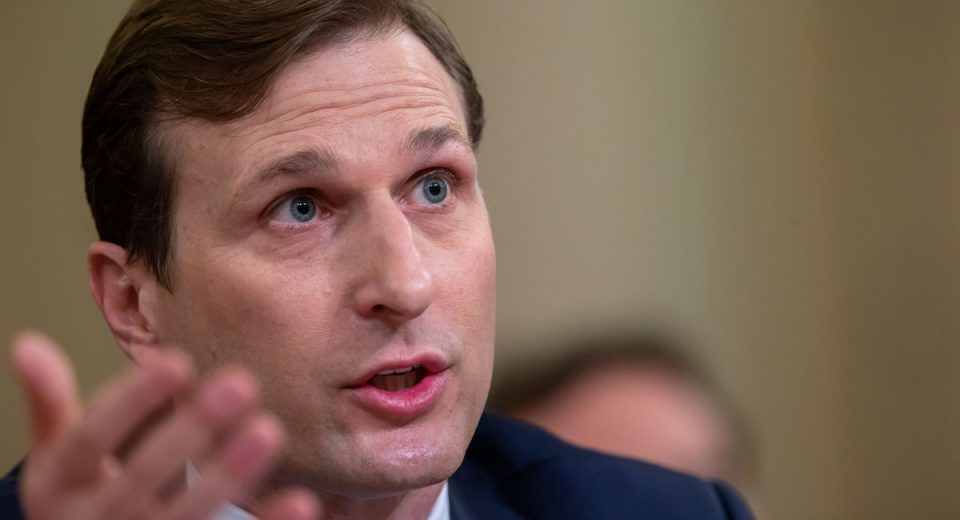 An endorsement from The New York Times is reshaping one of the most competitive primary elections in New York City’s new congressional district, catapulting ex-prosecutor and Democratic candidate Dan Goldman to front-runner status and leading to intensified attacks from rival campaigns as the race enters the home stretch.

Many political experts had predicted that a Times endorsement would play an outsized role in this year’s unusually timed August 23rd primary. The 10th congressional district is the most crowded New York contest with 12 candidates vying to represent lower Manhattan and parts of northwest Brooklyn — an area dense with Times subscribers.

Now, the test is whether the endorsement — which was published on Saturday, the first day of early voting — will have enough influence to bring a candidate to the finish line.

Neal Kwatra, a Democratic political strategist, said the likely low turnout plus Goldman’s move to pour his personal wealth into his campaign “makes him likely to have the strongest closing hand down the stretch.”

The Times endorsement is an unexpected coup for Goldman, who’s never held elected office but became widely known after serving as the lead lawyer for House Democrats during the first impeachment hearing for then-President Donald Trump and, later, his work as a MSNBC pundit. Polls have suggested that the race is close between Goldman and three other candidates: State Assemblymember Yuh-line Niou, City Councilmember Carlina Rivera and Rep. Mondaire Jones, who currently represents a different district.

Goldman, the richest of the primary candidates, has so far contributed at least $2 million to his campaign. He has outspent his rivals in paid mailers and television ads, the most recent of which tout the coveted endorsement.

Political watchers had predicted the endorsement – one of the few from local media – would have a particularly large impact with voters, a fraction of whom are expected to turn out for the city’s second primary election in as many months. But interviews with several West Village voters outside an early voting poll site showed they were not unanimously swayed.

“I liked that The New York Times endorsed him,” said Abbie Wazlawek, a 36-year-old West Village resident who cast her vote for Goldman.

Wazlawek, who referred to a piece of paper to recall Goldman’s name, said she had not had enough time to research all the candidates but said that Times editorial had given her extra clarity on the race.

“It’s pretty frustrating to figure out how to vote and who to vote for,” she said. “I can see why people don’t do it.”

But other voters said the Times endorsement did not sway their vote. Sarah Gordon said she voted for Rivera after lengthy conversations with her family members.

She said she had been concerned by Goldman’s remarks about abortion to a conservative Jewish outlet, Hamodia. Goldman, who appeared during the interview to be open to some limits to later-stage pregnancies, later walked back his comments. “I unequivocally support a woman’s right to choose,” he said.

Nonetheless, the comments stayed on Gordon’s mind, “I still felt more compelled to vote not for him,” she said.

Kristen Bebelaar said she voted for Jones after doing “quite a bit of research” on the candidates. She also had read the Times endorsement.

“I was actually sort of shocked,” she said. “I was a little surprised that they didn’t think more about the importance of diversity.”

Nathaniel Beck admitted he was not very familiar with the local candidates despite being a political science professor at NYU.

Beck, 75, said he would have normally gone with the Times endorsement pick, but he instead took the advice of his wife and daughter, who told him to vote for Jones.

Asked why, he replied, “household peace.”

In addition to the race with Goldman, the Times also weighed in two other Democratic congressional primaries: the paper picked Jerrold Nadler, a sitting congressman who has represented the Upper West Side in Congress for decades, and Sean Patrick Maloney, a high-ranking Hudson Valley congressman who decided to run in the district currently represented by Jones after the maps were redrawn.

But it was the endorsement in the 10th congressional district primary that held the most suspense among political watchers because of the number of candidates and fact that it was a “new” district without an incumbent.

Chris Coffey, a Democratic political strategist who worked on Andrew Yang’s mayoral campaign in last year’s primary, said he learned about the Times pick from a text message he received from an elected official while driving his car.

Many political observers found the choice surprising, in part because the paper endorsed Nadler and Maloney – two other white men.

Extra Extra: When are we going to see a car commercial that features bad traffic and double-parked trucks?