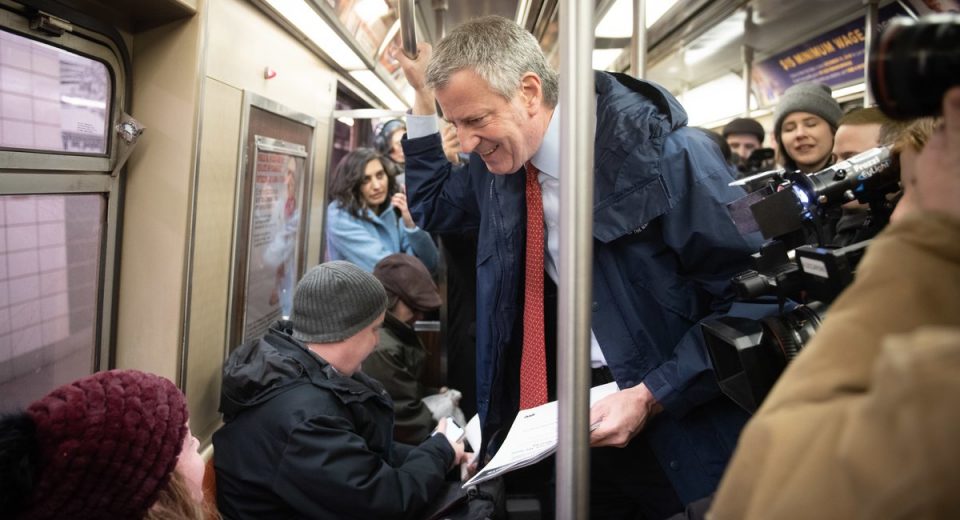 Former Mayor Bill de Blasio has announced that he is dropping out of the race for an open congressional seat and ending his career in electoral politics.

“It’s clear the people of #NY10 are looking for another option and I respect that,” de Blasio tweeted on Tuesday afternoon. “Time for me to leave electoral politics and focus on other ways to serve.”

The race to represent the 10th Congressional District, which covers Lower Manhattan and parts of Brooklyn, is among the most competitive and crowded midterm contests in New York this year. Along with de Blasio, 12 other candidates successfully petitioned to get on the August 23rd ballot.

De Blasio, who served two terms as mayor, struggled in the polls and failed to win any significant endorsements. Early interviews with voters in the district suggested many were disenchanted with the Park Slope resident despite widely praised progressive policies like universal pre-K.

His campaign recently reported raising over $500,000 in campaign donations, the third-highest among all the candidates.

De Blasio did not immediately respond to a request for comment.

This is a breaking story. Please check back for updates.