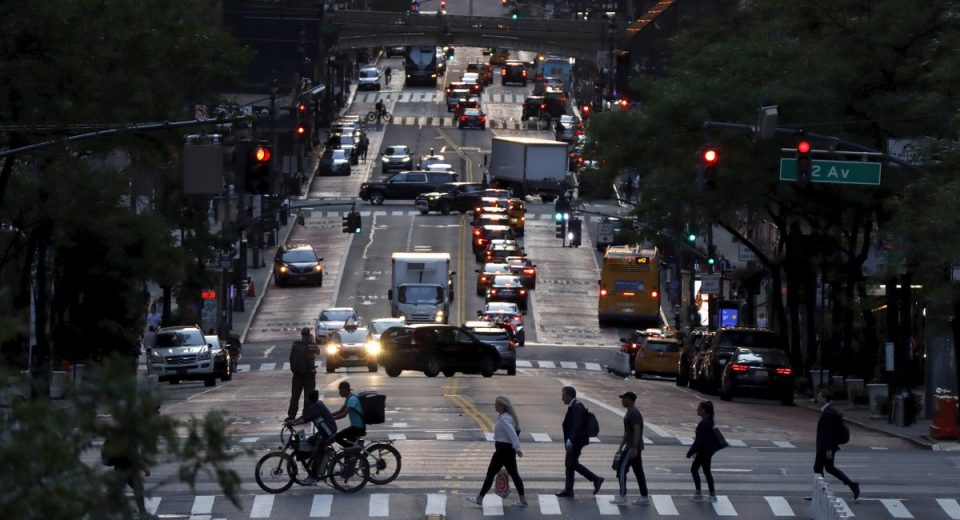 Lower Manhattan resident Merri Milwe, 67, supported the goals of the program, but worried that the charges are too high. The MTA assessment examined a range of toll fees for drivers of private vehicles during peak hours, from $9 to $23.

“I don’t like congestion because of the pollution it creates and my concern about global warming,” Milwe said. “I’d like to see them make money some other way, because that just seems like it’s going to get people really angry, and we don’t really need much more of that, do we?”

Under many scenarios being considered by the MTA, drivers who cross a bridge or tunnel connected to Manhattan may receive a credit toward the toll.

“That is like the most backwards, inefficient, and unfair thing that I can think of that they would possibly do,” he said.

Others, like Manhattan Institute transit policy expert Nicole Gelinas, believe the MTA is missing a key opportunity to decrease traffic beyond the estimated 20%. While the agency said it might charge more on “gridlock alert” days, Gelinas believes it should use dynamic pricing more frequently.

“When it’s 95 degrees, double the price to improve the air quality,” she wrote to Gothamist.

New York Gov. Kathy Hochul emphasized that the MTA is seeking public input. Congestion pricing, she said, is meant to be a “thoughtful approach” to bolstering public transit in New York City and reducing emissions.

“We want people to be back on public transportation, but also we just have to make sure that we have funding for the MTA,” Hochul said Wednesday.

“Congestion pricing is a horrible idea that will create new economic pain for hardworking New Yorkers,” Zeldin wrote in a statement. “Now, politicians and bureaucrats want to jam up New Yorkers with a whole new scheme to rip more money out of New Yorkers’ wallets, grabbing another $1 billion out of the pockets of New Yorkers who can’t afford it.”

But Hochul said it’s necessary to ensure the MTA is well-funded.

“This is a major funding source and my political opponent would rather raise taxes on New Yorkers to pay for this, or shut down the subway,” she said. “I’m not sure what his alternatives are, but we’re trying to have a very thoughtful approach.”

With reporting by Jon Campbell

3 NJ Amazon workers have died in the last month. Federal safety officials are investigating why.

‘Like hell,’ NJ prison cells reached up to 94 degrees this summer, watchdog says