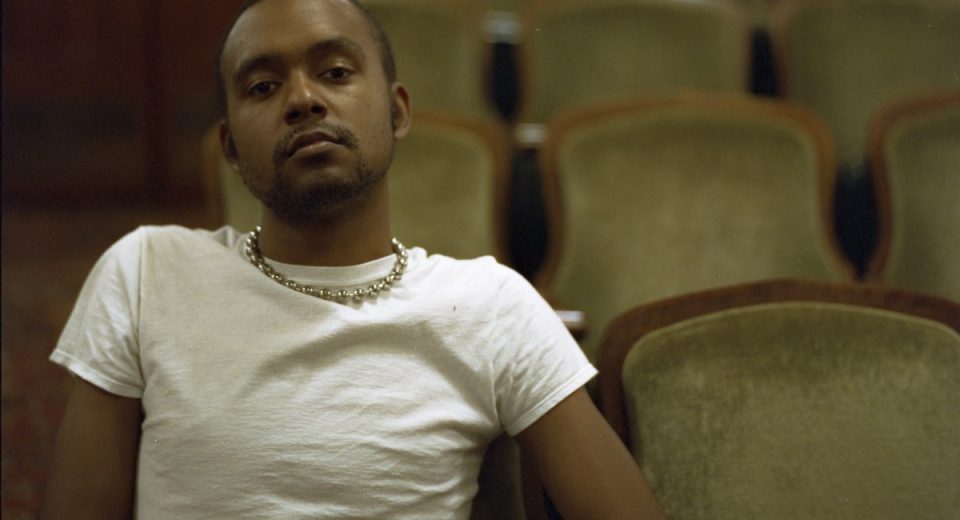 Jasper Marsalis prefers to do things the hard way. “Most things I gravitate towards, I don’t like,” the soft-spoken 26-year-old fine artist and musician said in a recent interview, before bursting into laughter.

His is an unorthodox approach to facing his fears and biases through artistic expression. It’s what drove him to painting, a pursuit he initially thought was “dumb”; how he ended up a hip-hop producer working in a genre with which he has an admittedly “antagonistic” relationship; and why he started playing the acoustic guitar, an instrument he had associated with banality and Ed Sheeran. Not merely an exercise in challenging his own snobbery, his commitment to the revelatory power of discomfort has led to explorations of self, society, and existence in his work.

“Things that stick in my mind are things I dislike,” Marsalis said. “They kinda put a hook in my brain, and I keep thinking what about it do I not like.”

Born in Los Angeles and currently living there, Marsalis cut his teeth as a creator in New York City. He moved to the city as a teen, attending Fiorello H. LaGuardia High School of Music & Art and Performing Arts and later the Cooper Union’s School of Art. Jasper, the son of lauded jazz trumpeter Wynton Marsalis and actor Victoria Rowell and grandson of late legendary pianist Ellis Marsalis, chose not to follow in their giant footsteps.

Instead, he began his career in music as an electronic music DJ. He became a hip-hop producer under the name Slauson Malone and was a founding member of post-genre collective Standing on the Corner, before evolving into the fine artist and experimental musician he is now. His penchant for confrontation shows up in paintings and sculptures that engage with dichotomous concepts like absence and presence, freedom and fugitivity. His music uses melody, rhythm, dissonance, and cacophony to express emotions and ideas meant not only to be heard, but also felt.

On Saturday, Sept. 24, at Abrons Art Center on the Lower East Side, Marsalis is inviting an audience to hear and feel his brand of artistic-exposure therapy in “Slauson Malone 1: The Stone Breakers.” Marsalis wants to retain the element of surprise for attendees, so he’s tight-lipped about the specific details of the performance. But he’s clear about his intention to blur and even disintegrate the line between spectacle and spectator or audience and performer through music, speech, and noise. In Abrons’ historic Playhouse Theater, Marsalis and a band of musicians on alto and bass clarinet, sheet metal, tuba, guitar, cello, tuba and a specially crafted sound system plan to metaphorically — and literally — shake structures up.