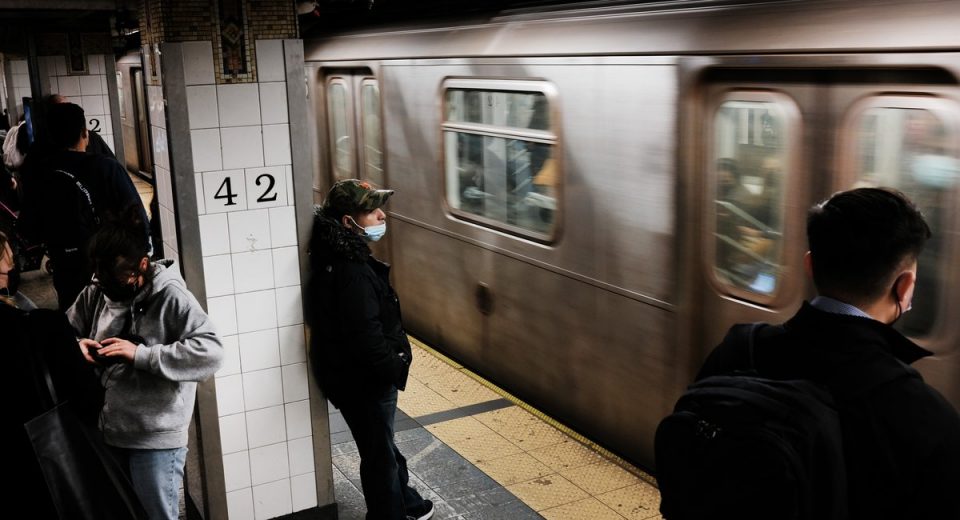 Dubbed “A Riders Plan for Public Safety,” the report outlines what the city and state can do to get more people riding the subways again. Crime on the subways fell to record lows during years with its highest ridership, before the system took a massive ridership hit during the pandemic. A recent poll found that office workers were reluctant to return to the city because they worried about safety on the subways.

“You feel safe when there are more people around. How do you make people feel safe? You improve service,” said Rider Alliance’s Derrick Holmes, who helped write the report.

Adams’s plan relies on police presence, instead of getting more people to use the system.

“Omnipresence is the key. People feel as though the system is not safe because they don’t see their officers,” Adams said when describing his plan.

One recommendation by the Riders Alliance for the state of New York, which runs the MTA, is to improve service speeds for trains so they are running every six minutes. Right now, frustrated people linger on the subways platforms, amidst huge reductions, even during rush hour.

Another recommendation for the state is to increase funding for more non-law enforcement station personnel who can help riders feel safe in stations, help them figure out how to use the system and tell them where to go in case of an emergency.

Additionally, it called for speeding up the conversion of midtown hotels to housing, as well as creating safer homeless shelters, as a way to unburden the transit system from acting as a “shelter of last resort.” Despite hundreds of sweeps of homeless encampments across the city and in its subways in recent weeks, only a few people have chosen to get off the street and go to a shelter instead.

Thirty-year-old NYCHA resident and Riders Alliance member Pedro Valdez-Rivera said he rides the subways everyday and began to see more homeless people living on the subways during the pandemic. He said he sees it as tied to the rising cost of living in the city.

As a person who has struggled with mental illness, he said he believes that the city can’t ignore what drives people to live in the subways in the first place.

“Everything goes up, rent, food, clothing, all of our necessities that go up,” Valdez-Rivera said. “They have nowhere else to go basically. I feel their pain when I see a homeless person.”

Everything you need to know from Microsoft’s Xbox showcase – GeekWire