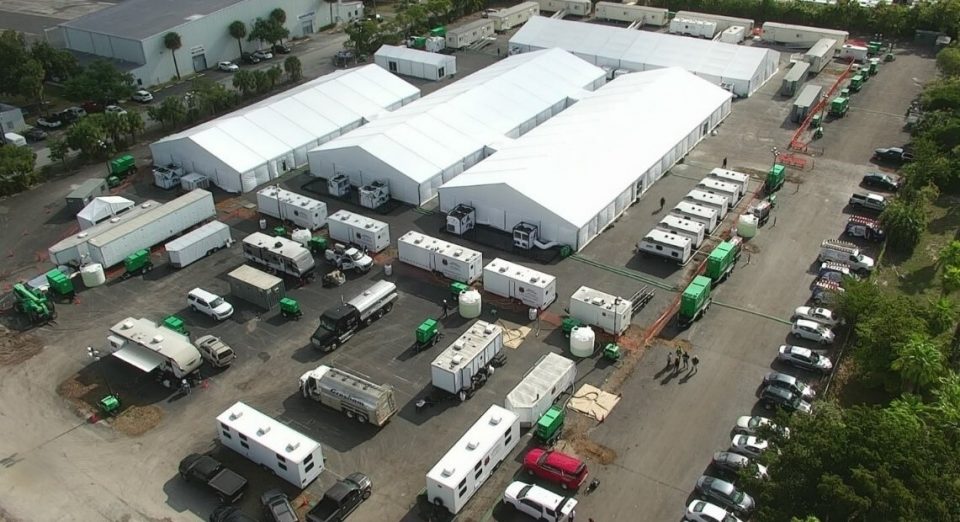 The city’s release said the administration planned to open two of the centers in the coming weeks, one on Orchard Beach for adults, while a second location, for families, was still being selected.

In the mayor’s release, the city said asylum seekers arriving in New York City would stay at the relief centers for “approximately 24 to 96 hours, but potentially longer “depending on the situation.”

The centers would provide, “shelter, food, medical care, case work services.” Additionally, the mayor said the city would provide transportation to relatives’ homes or connections to the city’s shelter system.

The mayor’s office didn’t return a request for more details on the plan.

In a joint statement from the Legal Aid Society and the Coalition for the Homeless, the groups raised legal concerns about the centers, which would be overseen by the city’s Health and Hospital System and the Office of Emergency Management.

The Legal Aid Society represents the Coalition for the Homeless in the ongoing lawsuit that resulted in the city’s 1979 Right to Shelter consent decree, which requires the city to provide a shelter bed to anyone who seeks it.

The groups were eager to know if the new shelters would meet the legal standards established by the consent decree. They also expressed concern about so many children living in one large setting.

“We are deeply concerned with any scenario in which families with children would be relegated to congregate settings,” the groups said. “This practice, which has been widely condemned for its adverse and dangerous impact on this uniquely vulnerable population, is already subject to legal prohibitions.”

Joshua Goldfein, an attorney with the Legal Aid Society, said the city told them about the new plan but didn’t provide details. The groups have asked a series of follow up questions about whether the centers would meet the city’s legal requirements for providing shelter. They were still waiting for clarification, Goldfein said.

“We have a lot of questions about how this will work and whether it will be beneficial to people coming to New York and also how it will affect the shelter system,” he said.

The Adams administration has struggled to meet the legal standard required by the 1979 right to shelter decree, with advocates highlighting multiple violations of the law over the past several months that meant asylum seekers were left sleeping in chairs or on the floor of intake centers overnight.

More than 13,000 asylum seekers have arrived in New York City since the spring – 8,500 of whom are seeking housing in the city’s shelter system, according to the most recent estimates from Mayor Adams. A young mother’s suicide on Sunday, sparked more calls for additionalsupport from the city to handle the burgeoning crisis.

“Housing is the answer, that’s it,” Cash said.

How much solar and wind power is out there? A Microsoft effort using satellites, AI aims to find out – GeekWire

Rep. Carolyn Maloney says she’ll support Biden 2024 after all – if he runs