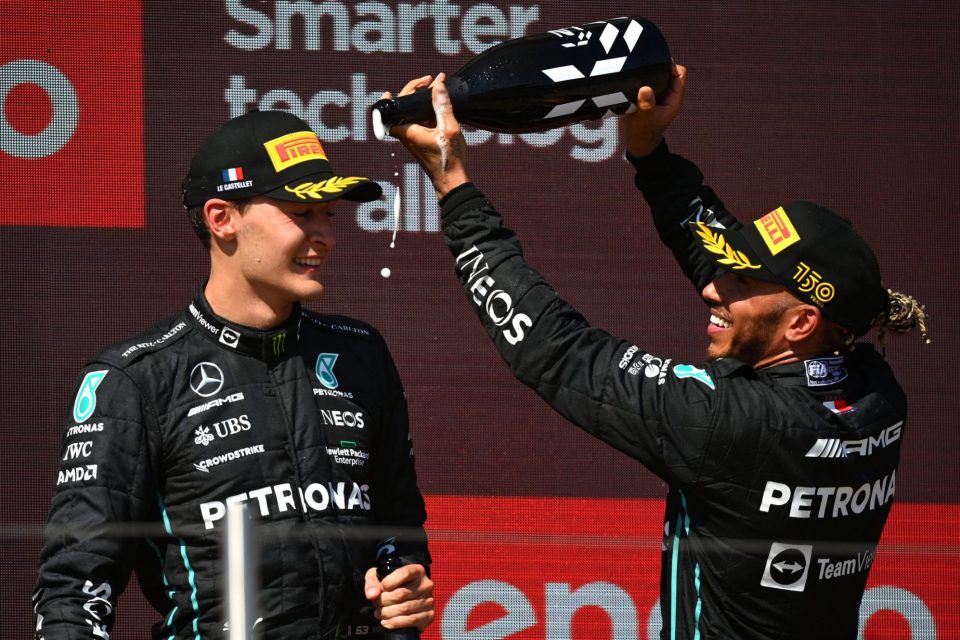 With the performance gap that Mercedes AMG Petronas has with its Ferrari and Redbull rivals, the team is banking on consistency to improve its constructors’ and drivers’ championship rankings. Fortunes appear to be smiling on its drivers as the duo finished second and third in the recently-concluded Formula 1 French Grand Prix.

Seven-time champ Lewis Hamilton was, of course, elated with the results after he finished second while his partner George Russel trailed in third place. The 37-year-old Briton said he was at least gunning for third, but luckily, it was better than what he expected.

The lightning start from the P4 on the grid went on with Hamilton overtaking Red Bull’s Sergio Perez for an immediate P3 on Lap 1. Then, another opportunity struck him when the supposed second-placer, Ferrari’s Charles Leclerc, retired from the race after a crash at Turn 11 of Lap 18.

If the stars properly align in his favor once more, Hamilton’s legion of fans is hoping he might actually win the next race in Hungaroring. Statistically, the said track looks to be his strength as he has won a joint-record of eight wins on it.

However, it should be noted that Red Bull’s Max Verstappen emerged as the winner in the last race with a time of 1:30:02.113, and that’s 10.587 seconds earlier than Hamilton and 16.495 seconds faster than Russell on the checkered flag. That means Mercedes F1 needs more than luck and statistics to actually bag the upcoming race in Circuit Paul Ricard.

Which One Should You Choose?