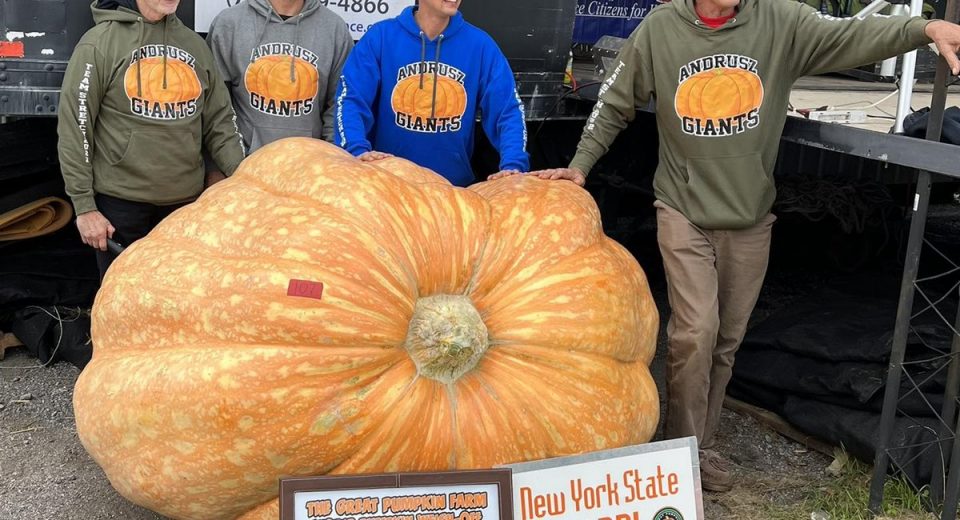 A New York pumpkin weighing 2,554 pounds set a new record for heaviest pumpkin in North America, according to the Great Pumpkin Farm near Buffalo.

Scott Andrusz and his family grew the girthy gourd throughout the summer into fall.

The New York squash smashed a 2018 record for largest North American pumpkin, set in 2018 in New Hampshire, by a pumpkin weighing 2,528 pounds.

A video taken during the weigh-off showed the pumpkin being lifted into the air by a forklift on Saturday.

The New York pumpkin still falls 148 pounds shy of the world record set in Italy in 2021. Tuscan farmer Stefano Cutrupi grew the largest pumpkin ever recorded, weighing 2,707 pounds, according to the Guinness Book of World Records.

Andrusz’ pumpkin will be on display through mid-October at the farm, according to the Buffalo News.