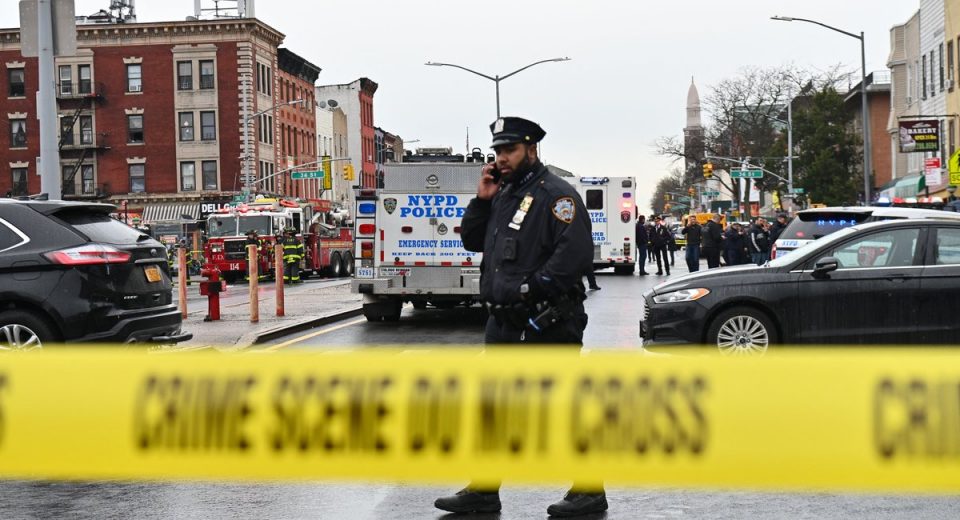 It’s now easier for New Yorkers to learn more about the police officers who have sworn to keep them safe through a new online database created by the Legal Aid Society, which it believes is the most comprehensive collection of officer misconduct records to date.

Law Enforcement Look Up — shared exclusively with Gothamist ahead of its public launch Monday — allows users to search through thousands of records obtained by the public defender organization over the years. The records include civil lawsuits filed against police officers, documents from NYPD internal investigations, Civilian Complaint Review Board allegations and a trove of district attorney letters regarding officers’ credibility — some obtained by Gothamist. The site also houses a smaller set of records on city Department of Correction staff discipline.

“It’s a powerful research tool that can be used to hold officers accountable,” said Jennvine Wong, a staff attorney with the Legal Aid Society’s Cop Accountability Project, which created the database.

Wong said the project has been in the works for years, starting with spreadsheets shared between trial attorneys as they gathered information about officer misconduct while building their clients’ cases. When state lawmakers repealed New York Civil Rights Law 50-a in 2020, making it legal to share police disciplinary records with the public after decades of secrecy, the Legal Aid Society decided to build out its internal system into a more user-friendly tool that anyone could access.

“Now, a member of the public knowing that information, they could write to their council member, they could advocate with other organizations, they can advocate with their neighbors and say: ‘This officer has a history of misconduct and has not been disciplined,’” Wong said. “‘Why is my taxpayer money going to fund this officers’ salary? Why is he still on the force?’”

The tool is meant to be easy enough for any member of the public to use, so that New Yorkers can better understand the complex systems operating behind the scenes when officers are accused of poor behavior. For instance, if an officer stops and frisks someone on the street without an explanation or makes a rude remark during a traffic stop, a quick search could turn up multiple records on the officer’s history, which might show a pattern of misbehavior.

Wong expects the tool will also be particularly helpful for defense attorneys, police accountability advocates, civil litigators and reporters. By putting so many police records in one place, anyone can easily dig into an officer’s background, without having to search through multiple sites or filing public records requests — which can take months or even years to return.

Former NYPD officer Jillian Snider, who currently teaches at John Jay College of Criminal Justice, worries the data portal could make officers’ jobs more difficult — or even more dangerous — at a time when she said morale is already “abysmal.”

“Now, police officers are so under the microscope. They’re always concerned that someone is going to construe their action against another as automatically wrong, because that’s kind of the climate we’re hearing out there,” said Snider, who left the department in 2020. “I’m more fearful that cops will hesitate to take necessary action out of fear that they will be completely scrutinized and portrayed that what they did was wrong and unjustifiable.”

Snider said she has no problem with publishing officers’ disciplinary records online and thought gathering them into one place could be helpful for research. But she doesn’t believe the public should be able to see complaints against police that were never substantiated, meaning there was insufficient proof to render a disciplinary recommendation. She thinks officers should be considered innocent until proven guilty, just like in a court of law.

“Should that come and haunt an officer years later? Should that make someone question their credibility, because at one time or another someone lodged a complaint against them?” she said. “That’s really where you’ll see officers discouraged, disheartened with a database that would put all of that information out there.”

The city already has several of its own NYPD disciplinary record databases, which each share bits and pieces of the information gathered by the Legal Aid Society. Following the repeal of 50-a, the CCRB published a searchable database with every complaint brought to the agency since 2000, including accused officers’ names, ranks, shield numbers, allegations against them and the dispositions of those complaints. The NYPD also has an online portal, where it publishes trial decisions for some of its internal misconduct investigations, “deviation letters” explaining when it chooses not to follow the disciplinary recommendations of the CCRB and a host of other information including profile pages of active officers.

Wong noted that these resources, while helpful, are limited in scope and spread across various agencies and websites. She hopes that Law Enforcement Look Up can serve as more of a one-stop shop — and that it could inspire the city to create its own, even more comprehensive database of police misconduct records.

“More than anything, it promotes public trust. And there is a public trust problem,” Wong said, adding, “Continuing to protect officers who may have long misconduct histories by only releasing a very narrow set of misconduct records does nothing to rebuild any kind of trust between the public and NYPD.”

The NYPD said in an emailed statement that it “strongly believes in the importance of transparency” and noted that it already shares some discipline information on its website.

“This is an ongoing project and we expect more information to be included as we continue to digitize department records,” a spokesperson said.

The Police Benevolent Association, the union that represents rank and file officers, declined to comment on the creation of the online tool. The city correction department said transparency is one of its “top priorities” and noted that it recently launched its own data dashboard.

What this tool can be used for: