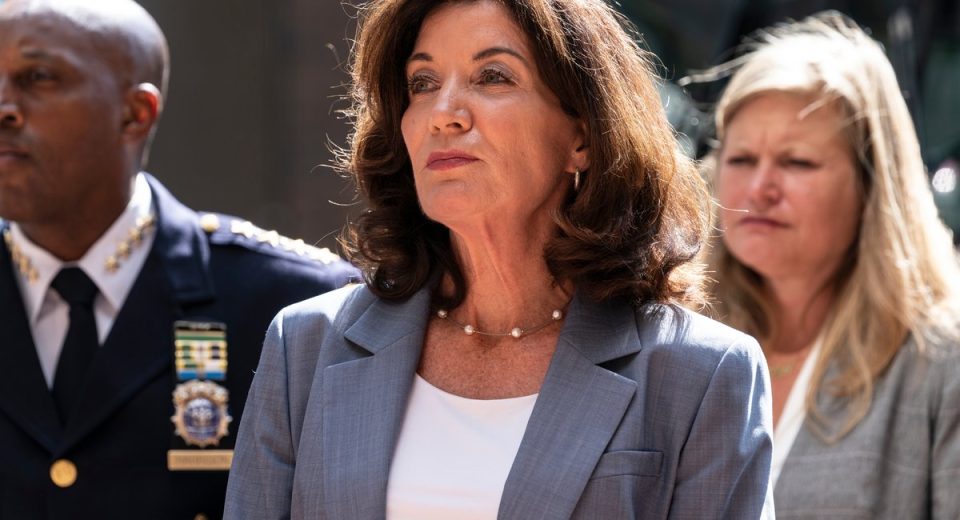 The New York Commission on Judicial Nomination submitted the nominations to Hochul following former Chief Judge Janet DiFiore’s resignation in July. The position holds outsize importance, not only in deciding cases that reach the state’s top court, but in setting the direction of the New York court system.

Among the nominees is a sitting member of the court, Associate Judge Anthony Cannataro.

Decisions by the court have had wide-ranging political ramifications in recent years. Lawmakers and advocates have urged Hochul to choose a progressive-leaning judge as a way to combat the Court of Appeals’ moderate-to-conservative leaning side.

In a press release, the commission said it received 41 applications for the job.

“I am gratified at the extraordinary quality and diverse backgrounds of our applicants,”

E. Leo Milonas, Chair of the Commission, said in a statement. “That so many exceptional candidates were motivated to apply demonstrates the remarkable strength and depth of the legal profession in the State of New York.”

In an op-ed for the Daily News, Hochul emphasized the new chief judge would need to be someone capable of tackling the enormous backlog caused by the pandemic, particularly in criminal proceedings. Concern over safety was a major issue in the gubernatorial election earlier this month, as Hochul faced a tough-on-crime Republican challenger in Lee Zeldin, and only managed a six-point victory against him.

“The pandemic took a major toll on the operations of the courts and our new chief judge must work aggressively to return court activity, especially criminal proceedings, to pre-pandemic levels to protect public safety,” Hochul wrote.

The governor must make her decision by December 23. The State Senate will then have 30 days to confirm or reject her appointment.

Filipino food gains visibility in NYC, but restaurateurs point to a complicated reality