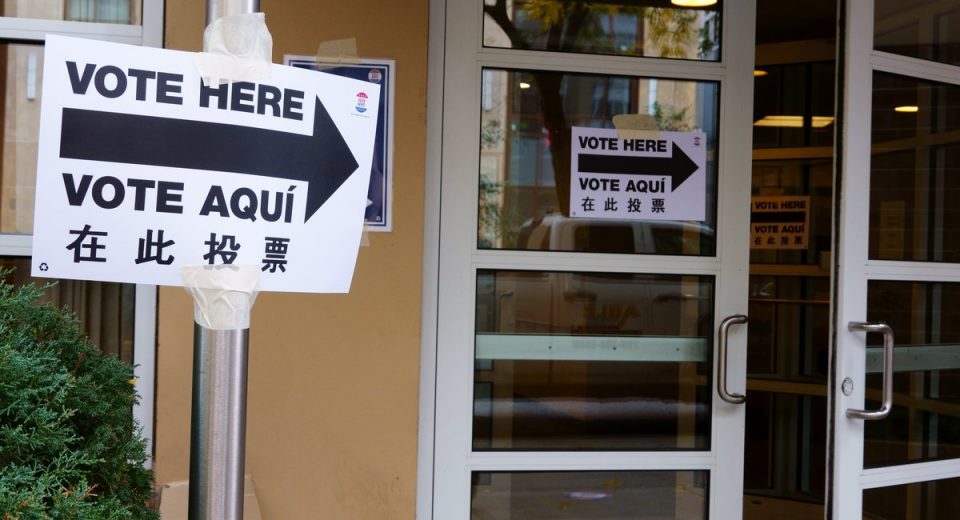 New Yorkers began casting their ballots this weekend in this year’s second primary election, which will decide races for state Senate and Congress. Saturday marked the first day of early voting, which will run through Sunday, August 21st. Primary day is on August 23rd.

Gothamist spoke to voters in two districts with closely contested congressional primaries: the 10th district, which covers lower Manhattan and parts of northwest Brooklyn, where 12 individuals are vying for the seat; and the 12th district, which covers the East and West Sides of Manhattan and whose race has been billed as an epic battle between two seasoned lawmakers and a younger candidate seeking his first elected office.

Here’s what some early voters had to say about the two contests, which many say are both up for grabs.

“Obviously, it’s a very competitive primary, which for me is at least very exciting. I think. New Yorkers rarely have the opportunity to vote in a really competitive election in the federal context. There are a lot of candidates and I think any of them will go to Washington and vote the right way on progressive issues. So I was looking for someone that was different, someone that would really stand out and Yuh-Line, at least for me, is someone who I think has a real connection to the community, is angry and energetic and excited enough about the issues that are important to me. That distinguishes her from the rest of the field.”

“I respect Elizabeth Holtzman because she was the youngest woman ever elected to Congress when she was first elected, I think, a half-century ago. So I respect that legacy and I love a comeback story.

I was already familiar with her just from her Wikipedia page. And I said, ‘Wow, that’s a name I recognize’ when she declared that she was running again. And then I was reading about her role in the Nixon impeachment and I thought that was still quite relevant today. Plus, she’s a Brooklynite and I don’t want to be represented by a Manhattan resident.”

“I voted for her because I think she’s the most progressive candidate. It was pretty hard to choose. Even watching some of the debates recently, I think it’s been pretty crowded. But I’ve seen the way that she’s operated as an assemblymember. And I think there’s also a lot of people who are her constituents who feel very passionately about her. And I don’t know, I just felt like that was enough for me to vote for her.”

“I didn’t make the time to research as much as I would have liked. But I think for me the presence of an Asian American woman — and the most impressive woman on the ballot — was very motivating.

I also made the calculation in my mind that I feel like the progressive candidates probably had enough similarities and I think the representation from an Asian woman was really compelling me to be very excited about that.”

Howard Sherman, 65, West Village, declined to say who he voted for

“I’m concerned about having representatives who have been in office for a very long time, who, while they may have accomplished great things, it may be time for someone else to take a shot.”

“I wanted somebody that would stand up to the Republican contingency and keep Trump out of office.

I really think he wants to work for all types of people. I think he’s brave, I think he’ll fight a good fight and stick up for the Democrats.”

Karen Moody, 76, Upper East Side, retired administrator for a nonprofit, declined to say who she voted for

“You have to vote. That’s the only voice we have. You have to be able to take your responsibilities to your country seriously. And if you don’t, then everything goes up for grabs. And I think we are perilously close to that right now.

There is a level of cynicism among young people that the world is a mess, and they don’t see that voting has anything to do with improving it. Our political leaders have let them down and so they’re apathetic.”

Robert Lewis, 71, Upper East Side, declined to say who he voted for

“We have many, many things to focus on — from the economy, to our day-to-day life, our social interactions with one another, and just the general well-being of all of us.

Barbara Kaslow, 66, Upper West Side, declined to say who she voted for

“For me, I always try to vote in the primaries. You can’t skip your state and local representations, I feel pretty strongly about the Senate race. I liked all the candidates, but in the end, I thought I have to just go vote for the one I’m used to, and who is on all the right issues. It was a tough choice.

When I was younger, I didn’t care about the primaries as much. The first primary I really got involved in was the one on September 11th, for the city mayoral election. And I did go to the polls, after all, but obviously something delayed that. I realized the importance of voting in the primary then because you really do have to support your choice. But, I think young people don’t really see the importance of the state government as much. And I hope that it changes, because rights can be taken away pretty quickly on the state level.”

Interviews were edited for length and clarity.

Polio: How to find your long-lost vaccination records and other FAQs