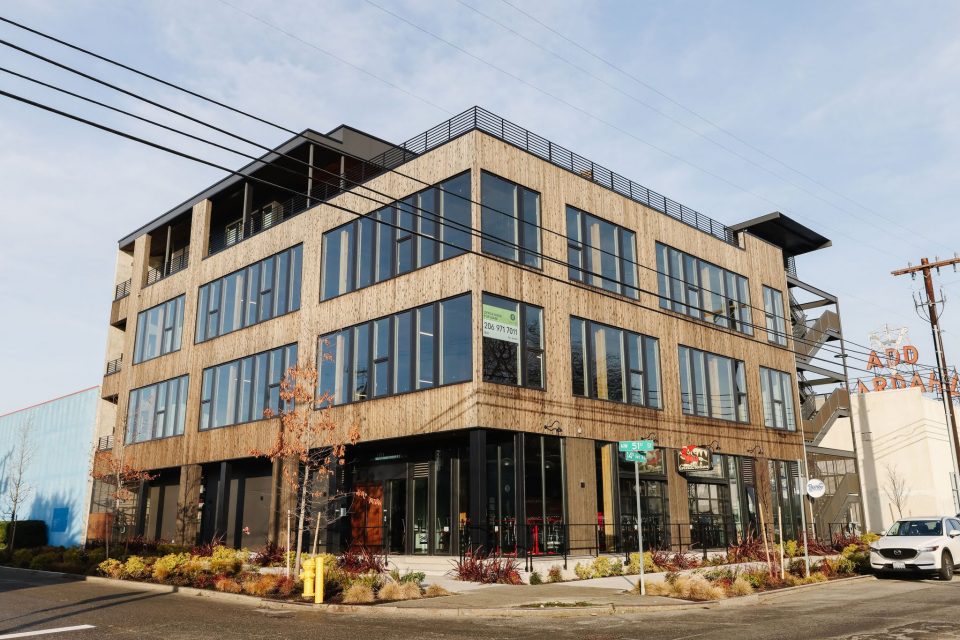 When it comes to co-working spaces in Seattle neighborhoods, Pioneer Square’s loss is Ballard’s gain.

The Pioneer Collective has moved its office and meeting space to the northern end of the city, taking 14,000 square feet in Ballard’s Tommer Building at 5101 14th Ave. NW. The building is in the heart of the neighborhood’s celebrated “Brewery District” and even sits above the Great Notion Brewing taproom.

Pioneer Collective was forced to move out of its flagship home of seven years in 2021 to make way for the development of the Railspur Hotel project in Pioneer Square. The company also operates locations in Belltown and Tacoma.

“Our customers have been asking us to open in North Seattle since 2015,” TPC co-founder Audrey Hoyt said in a news release. “It’s taken years to find the right opportunity, but we couldn’t be happier about where we landed.”

The company credits a “slow and steady strategy,” as well as a diverse product offering, with enabling it to survive tough times for co-working spaces during the COVID-19 pandemic. Revenue streams come from such things as monthly co-working memberships, private offices, meeting and offsite rentals, event space rentals, and mail processing services.

In August, the co-working space and coding bootcamp Galvanize closed its Seattle location, also in Pioneer Square, after seven years. WeWork closed a Ballard location during the pandemic in 2021 and then reopened the space last March.

The Pioneer Collective offers private one-person offices on up to nine-person offices, with prices starting at $875 a month. Memberships range from $145 for eight drop-ins a month to 24/7 access at $300 per month. More details are available here.

Join us at the GeekWire Summit, our signature tech and business conference, Oct. 6-7 in Seattle – GeekWire