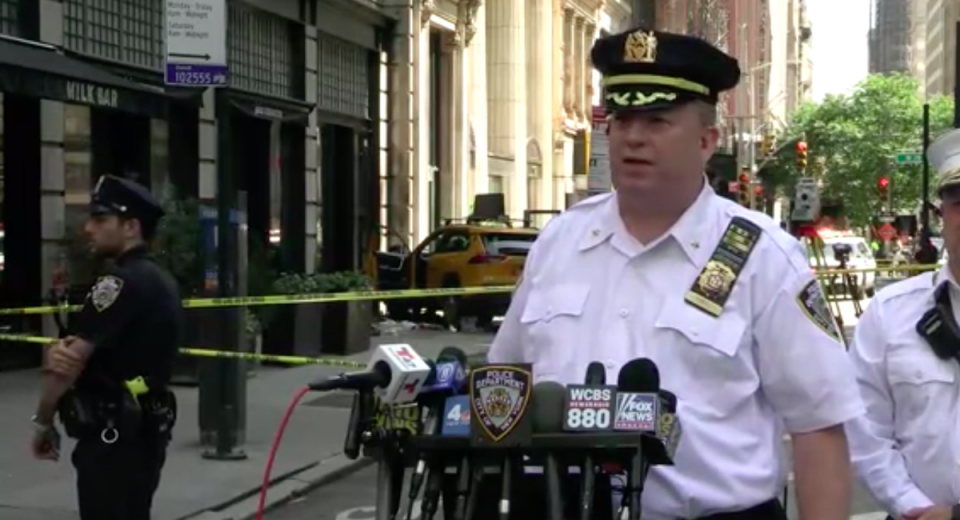 Six people were hospitalized, with three in critical condition, on Monday after a taxi drove onto a sidewalk in Manhattan’s Flatiron neighborhood, resulting in a harrowing rescue attempt by bystanders, police said.

The collision occurred around 1 p.m. when the taxi driver turned south on West 29th Street and Broadway, according to NYPD Deputy Chief John Chell who delivered a briefing based on video footage.

After hitting a bicyclist, he said the taxi driver veered toward the sidewalk and appeared to speed up, jumping the curb and pressing two women against a wall, according to Chell.

Afterwards, about 15 to 20 New Yorkers attempted to lift the car off the women.

Chell called the moment “a remarkable scene.” Firefighters were among those who responded to the incident.

The cab driver was among those hospitalized.

Tens of thousands apply to NJ’s housing voucher lottery. Only 4,000 will make the waitlist.