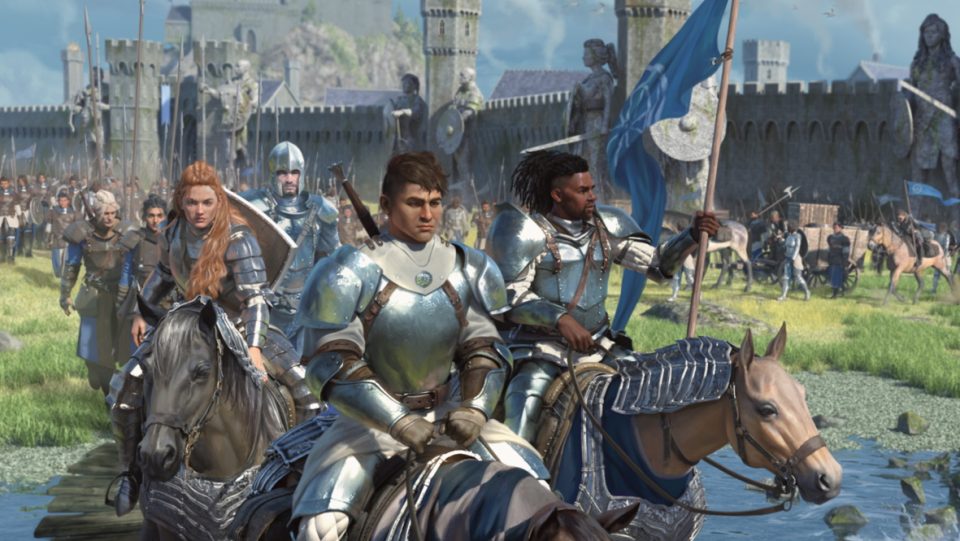 Wizards of the Coast confirmed to GeekWire that its forthcoming revision of Dungeons & Dragons will continue to officially support third-party products and sourcebooks.

Wizards, headquartered in Renton, Wash., currently grants permission for independent authors and creators to publish their own “homebrew” D&D material for profit under the Open Game License (OGL), a public copyright notice. This can include new adventures, playable characters, abilities, or entire campaign worlds, as long as they’re compliant with Wizards’ System Reference Document.

On the week of Nov. 13, a viral rumor claimed that Wizards planned to discontinue the OGL as part of its current One D&D initiative. This would prevent independent game designers from legally publishing homebrew material for One D&D, either through brick-and-mortar stores or online marketplaces like D&D Beyond.

“We will continue to support the thousands of creators making third-party D&D content with the release of One D&D in 2024,” a Wizards representative told GeekWire via email.

“While it is certain our Open Game License will continue to evolve, just as it has since its inception, we’re too early in the development of One D&D to give more specifics on the OGL or System Reference Document at this time.”

Third-party game development has been a significant part of Wizards’ publishing strategy for Dungeons & Dragons since 2000, when it issued the original version of the OGL for use with the then-new 3rd edition of D&D.

Due to the OGL’s uncommonly broad language, it’s allowed for multiple other companies to put out entire lines of gamebooks, modules, and source material without needing to make an explicit licensing deal with Wizards of the Coast. This includes other Washington-based businesses like Paizo, which publishes the D&D-based tabletop game Pathfinder, and Kobold Press.

A theoretical end to the OGL would be a seismic event for both fans and creators, as well as a dramatic reversal for Wizards itself. That also serves to highlight just how much of the hobby is still built specifically on D&D, which has utterly dominated the tabletop gaming scene for decades.

The OGN rumor began spreading a couple of days after a different controversy hit Wizards’ parent company Hasbro. On Nov. 14, a Bank of America analyst downgraded Hasbro’s stock, accusing it of “killing the golden goose.”

Hasbro previously reorganized in early 2021 to put more emphasis on both D&D and Magic, following audience growth in 2020 that resulted in both games becoming some of the highest-value properties in Hasbro’s portfolio. According to BoA analyst Jason Haas, Magic alone makes up 15% of Hasbro’s annual revenue.

However, Magic‘s release schedule has also accelerated dramatically since 2020. Between new content “blocks,” expansions, compilations, and supplements, Magic went from releasing 15 card sets in 2019 to 39 in 2022.

This includes the instantly-infamous Magic 30th Anniversary sets, scheduled for release on Nov. 28. These limited-edition boxes have an MSRP of $999 (not a typo) and contain only four packs of cards, which are “reinventions” of classic cards from early Magic like Timetwister, Ancestral Recall, and Black Lotus (left).

Haas argues in his report for BoA that Hasbro has saturated the Magic market, with an emphasis on extracting more money from individual players over expanding the game’s overall audience. This has resulted in a big drop in prices on the Magic secondary market, and led to Haas downgrading Hasbro stock from “buy” to “underperform.”

Liftoff! Microbe study could blaze a trail for future farmers on Mars